*Prices delayed by at least 20 minutes. WiseTech is not liable for any errors or delays in pricing content, or for any actions taken in reliance on such content.

Andrew joined the Board in 2015 and was appointed Chair in September 2018.

Andrew is an experienced company director and corporate adviser.

Andrew has previously held executive roles and non-executive directorships with both public and private companies. He was the CFO of Seven Group Holdings and group finance director of Landis+Gyr, and has been a director of ASX-listed companies Estia Health Limited, IVE Group Limited, Xenith IP Limited, Bapcor Limited, as well as of Alesco Limited, Moorebank Intermodal Company Ltd and Vend Ltd.

Andrew was a senior manager at Ernst & Young (Sydney and London) and Gresham Partners Limited, and an Associate at Chase Manhattan Bank (New York).

Andrew holds a Bachelor of Economics from The University of Sydney and a Master of Business Administration from the Wharton School at the University of Pennsylvania. He is a Chartered Accountant.

Richard has been CEO and an Executive Director of WiseTech Global since founding the company in 1994.

Richard has more than 35 years of experience in software development, embedded systems and business management and over 25 years of freight/logistics industry experience.

Prior to founding WiseTech Global, Richard was founder and managing director of Real Tech Systems Integration (a provider of computer consulting and systems integrations services) and founder and CEO of Clear Group (a distributor of computer related equipment).

Richard holds a Master of Business in Information Technology Management from the University of Technology, Sydney (UTS).

Richard is a UTS Luminary and a Fellow of UTS.

Richard joined the Board in December 2021.

Richard is an experienced company director. In addition to WiseTech Global, he currently serves on the boards of Aussie Broadband Limited (ASX:ABB), Australia Post, and Nexus Day Hospitals Group. He is the chairman of Doctor Care Anywhere PLC (ASX:DOC) and Creative Partnerships Australia, the Australian Government’s primary body encouraging and facilitating private sector and philanthropic investment in the arts.

Teresa has more than 20 years’ international experience as a director, executive and venture capitalist in the technology, software and energy sectors.

Teresa is currently the CEO and Founder of stealth-stage startup StickyTek Pty Ltd and a non-executive director of non-profit organization LaunchVic. She is also a former director of ASX-Listed Origin Energy Limited and Redbubble Limited.

Teresa holds a Bachelor of Science (Hons) from the California Institute of Technology (Caltech) and a Master of Business Administration from Stanford University. She is a graduate of the Australian Institute of Company Directors and a member of Chief Executive Women. 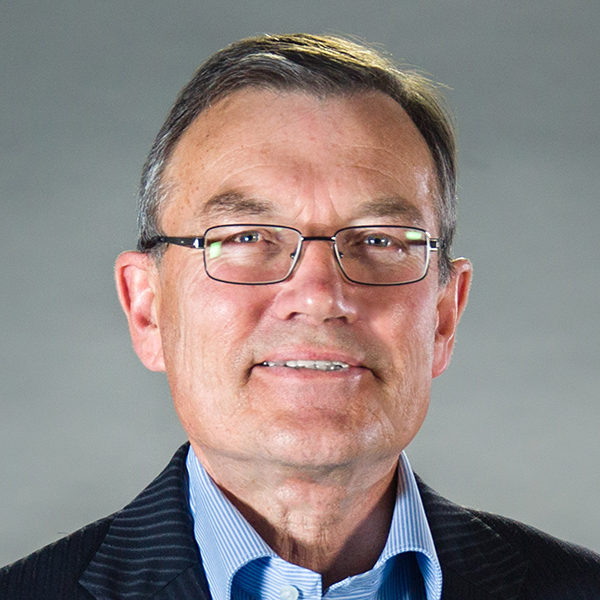 Charles has more than 20 years of experience in institutional funds management. He was a member of the Investment Committee of Quadrant Capital Funds I, II and III for Quadrant Private Equity, and has held roles as the CEO of Russell Private Equity, CEO of Risk Averse Money Managers Pty Ltd, a director of Morgan Grenfell Australia and an associate director of Schroders Australia.

Charles holds a Bachelor of Science in Mathematics from Otago University and a Master of Commerce (Hons) from the University of Canterbury.

Michael joined the Board in 2006 and has been a shareholder since 2005.

Previously, Michael was the managing director of the ASX-listed Health Communication Network Limited. Michael has also held executive positions in the telecommunications, transport and retail industries.

He holds a Bachelor of Science from The University of Sydney, a Master of Business Administration from the Australian Graduate School of Management, and is a Graduate of the Australian Institute of Company Directors.

Maree co-founded WiseTech Global with Richard White in 1994 and has been an Executive Director since 1996.

One of Australia’s most successful female tech founders, Maree has more than 30 years of senior executive experience across the logistics, supply chain and technology industries. Her extensive knowledge across business and administrative operations, account management, customer service, and quality assurance, has been instrumental in WiseTech’s rapid growth and in driving a productivity-first approach.

Maree is Head of License Management and is also a Company Secretary at WiseTech Global. Prior to co-founding WiseTech Global, Maree worked at Real Tech Systems Integration and Clear Group.

Michael joined the Board in December 2021.

Michael is an Australian-based entrepreneur, business executive, and professional director with more than 20 years’ experience across the technology, telecommunications and media industries. He is a non-executive director at ASX-Listed Seven West Media Ltd.

Michael founded iiNet in 1993 and continued as CEO until his retirement in 2014. He has also co-founded and grown multiple for-profit and not-for-profit companies including .au Domain Administration, Diamond Cyber Security (now part of CyberCX) and Autism West (now Spectrum Space).

Arlene joined the Board in June 2020 and is Chair of the Audit & Risk Committee.

Arlene is an Australian-based professional director with more than 30 years' international experience in financial services and investment banking.

Arlene has a Juris Doctor from the University of Southern California Law Center and an MBA Finance and International Business from New York University. She is a Fellow of the Australian Institute of Company Directors and a member of Chief Executive Women and the International Women's Forum Australia.